The Holy Metropolis of Kissamos and Selino

Its history spans centuries and is documented in the very first report by the Bishop of Kissamos from Efkissos, as he attended the Council of Sardica in 343 BC, and the lead seal of the 6th or 7th century, kept at the Museum of Rethymnon, inscribed ‘church of Kissamos’. From 829 to 961 AC and due to the Arab rule, it stopped its activities to restart during the second Byzantine era, periodically until 1645. Then, Neofytos Patellaros was made Orthodox Metropolite of struggling Crete and the Bishopric was reconstituted to last all through the Turkish occupancy times, except for the time period between 1831 and 1860 when the Greek Revolution events required it to merge with the Bishopric of Kydonia. Since 1960, and to this day, it retains the title of Bishopric of Kissamos and Selino, seated in Kissamos.

Its ministers, regardless of rank, actively and bravely stood by Christians as many a witness exist. A typical example is the execution by hanging of Bishop Melchisedek along with his deacon Kallinikos, on the plane tree of the central square of Splantza in Chania. Also, dozens of clergymen fought for the freedom of the island, such as Martinianos Perakis (prefect of Selino), Kallistos Ieromnemon (later Bishop of Kydonia), the Bishop of Kissamos Gerasimos Stratigakis, Parthenios Peridis, a monk and theologist from Kissamos, and senior papa-Emmanouil Kassellos (from Selino), who served as president of the then formed revolutionary government.

The strong religious sense of the people of the Metropolitan region resulted in augmenting the number of monks and priests locally, across Kissamos, to provide significant spiritual, educational and combative work, collectively. Of particular mention is their activities during the Cretan liberation struggle, which resulted, of course, in receiving acts of horrific violence by the occupants. After shaking off German rule, during the Pontificate of the Bishop of Kissamos and Selino, Irineos Galanakis, important infrastructure and construction works took place that gave printing facilities, farming and technical schools, boarding schools, nursing homes and churches across the whole region. An eminent achievement of the times was the founding of the Academy of Crete in Kolymbari, an institution of global intellectual legacy that attracted prominent people from all over the world, without, nevertheless, altering the religious tradition of Cretans, a proof that a small Metropolis can play a global part. The Holy Metropolis comprises ca. 80 parishes.

It is not known which the original jurisdiction of the Diocese of Kissamos was. However, taking into account that there was a Diocese in Selino (near the Kakodiki village), we can surmise that the province of Selino did not always belong to the shepherding jurisdiction of the Bishop of Kissamos.
In 1860 it was named Diocese of Kissamos and Selino, which, with an Act by the Ecumenical Patriarchate in 1962, was elevated to Metropolis of Kissamos and Selino – together with the rest of the Metropoles of Crete – and the Bishop received the title of Archbishop.

The Diocese of Kissamos is included in the 20 early Christian Dioceses of Crete, though the first mention of a Bishop of Kissamos refers to Eukissous who took part in the Council at Sardica (343), and later to Theopemtos who took part in the Quinsext Council (691/692). As a matter of fact, in the Second Council of Nicaea in 787, Leo of Kissamos was present. After all, a lead seal kept in the Museum of Rethimnon and dated in the late 6th or early 7th century, carries the inscription ‘Church of Kissamos’, while in the Parisian Regular 1555A (731-746), the then Archbishop of Crete mentions the bishop of Kissamos who was 11th in the hierarchy.

The activities of the Diocese were interrupted during the Arab occupation in Crete (821-961) and recommenced during the second Byzantine period. From 1204, with the Venetian occupation, Kissamos, along with the rest of Crete was forbidden to have a Greek Orthodox bishop as the place was inhabited by Latins. The only exception was the period of G. Paleokapas during the late years of Venetian occupation, who apparently was a Uniate. During that long period of foreign occupation, the Cretans that wished to join the clergy had to travel to Kythira, where there was a Diocese.

From 1645, with the settlement of Orthodox Archbishop Neophytos Patellaros in Crete while the island was fighting for independence, the Diocese of Kissamos was re-established and it was maintained right through the Turkish occupation with the exception of the years 1831-1860 due to repeated uprisings of the Cretans, at which time it was merged with the Diocese of Kydonia (bishop of Kydonia and Kissamos).

From the time it was re-established, after 1860, it exists as Diocese of Kissamos and Selino and it remains as such during the period of the Cretan State (1898-1912) through to today, with its headquarters in today’s town of Kastelli.

It is known that during the revolution of 1821 the bishop of Kissamos, Melchisedek, and his deacon Kallinikos were hung. Their death sentence was carried out on a sycamore tree in the Splantzia, the central square of Chania. Many of our clergy in the provinces were distinguished as revolutionaries during the great, ten-year-old fighting, like Martianos Perakis (eparch of Selino) and Kallistos Hieromnimon (later bishop of Kydonia). An important role during the revolution of 1866-1869 had the Bishop of Kissamos Gerasimos Stratigakis and the Kissamitan monk and theologician Parthenios Peridis. Parthenios Peridis presided over the general assembly of the revolution, while the elder priest Emanuel Kassellas of Selino was the head of the revolution government that was formed.

The natural beauty of the area and the strong religious feeling, characteristic of the Metropolis of our region, have contributed to the blossoming and the distinction of monastic life. Of great importance for the awakening of the nation was the presence and the actions of Saint Ioannnis Xenos (late 10th century), while during the Venetian occupation the Patriarchal Holy Monastery of Gonia, the Holy Monastery of Chrisoskalitissa (both dedicated to the Assumption of Mary), as well as other places of worship were established in our Metropolis. These monastic centres became also centres of education during the period of slavery, maintaining schools, libraries and educating many people who later paid back the valuable services, like the later Archbishop of Athens Michael Apostolidis. Their contribution during the Cretan uprisings is considered of paramount importance for the revolution, though the hardship and the suffering they endured by the wrath of the oppressors were horrific.

It should also be noted that in 1910 during the Archbishopric of Anthimos Leledakis at the Diocese of Kissamos and Selino, the women’s Convent of the Parthenon was built on a hill above Kastelli.

During World War II the region of the two provinces suffered a lot of misery. Bishop Evdokimos Syngelakis was stripped, jailed and exiled. The Monastery of Gonia was emptied and taken over by the enemy’s army, while many other clerics were persecuted.

From 1945 onward, when everyone was enjoying peaceful times and with the horror of war and its destructive results still very fresh in memory, the habitants of Esperia in Crete tried to accelerate the pace of recovery and progress. This took place in a remarkable way during the ministry of Irineos Galanakis, Bishop of Kissamos and Selino. A scholar and a very active man, he displayed incredible ability in erecting institutions (printing presses, agricultural, technical and housekeeping schools, boarding houses, elderly care facilities and many more) and churches, not just where the headquarters of the Metropolis were but also in the little towns of the region (Voukolies, Kolibari, Kandanos, Sougia, Paleochora). The personal radiance of the distinguished cleric contributed in making his province an international Christian centre visited by clergy and common people of different denominations. All this was done without offending the Christian religious tradition of Crete. His greatest creation was the foundation of the Orthodox Academy of Crete in Kolibari, an institution with of great spiritual radiance and contribution to our island and internationally.

It is true that under the vigilant leadership of the white-haired, respected Archbishop Irineos Galakis, one of the least populated Metropoles rose to be one of the most active and organised ones.

As successor of Irineos following his voluntary resignation (26-8-2005), his Chancellor, Amphilochios,was elected and he is still the Archbishop of Kissamos and Selino (4-10-2005) continuing the saving mission of the Church in today’s demanding, challenging and difficult environment.
More information on http://www.imks.gr 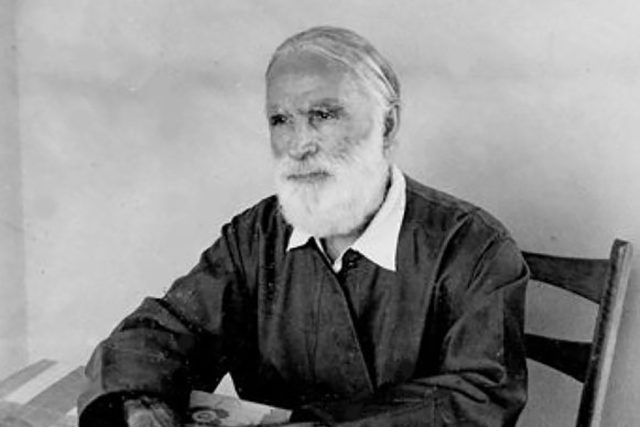 HOLY CHURCH OF THE TRANSFORMATION OF CHRIST AND AGIOS SPIRIDON

The parish existed since pre-Christian times, possibly under a different name. It retains its present-day name and form since 1865. The holy church of the Transformation of Christ and Agios Spiridon lies on the North side of the town of Kissamos. It was built in 1865 out of lime, stone and a special red earth from Santorini, strong enough to preserve the integrity of the structure for many years, funded by people of the parish and with their meticulous volunteer work, supervised by architect Ioannis Kaloroumos, from Akrotiri. In 1911, the church expanded on its west side by building a women section as well as a stone-built bell tower of five bells (the largest of which weighing 1 tonne), which…

END_OF_DOCUMENT_TOKEN_TO_BE_REPLACED

Convert of the Parthenon, Kissamos

The convent of the Parthenon is a contemporary convent dedicated to Saint Mary of the Spring. It was founded in 1905 and renovated in 1962. It housed the Urban School for Girls and the first School for the Deaf and Dumb in Crete